The Project Team will present information about the project at 6 p.m. A discussion with attendees and Project Team members will follow. Various maps and boards will also be available for review. The Community Conversations are a chance to learn more about the preferred alternatives, financing and funding for the project and next steps. Attendees can submit written comments to the Project Team.

Public and agency comments on the DEIS will be accepted through Feb. 8, 2019. The DEIS is posted on the project website (I69ohiorivercrossing.com) and is available for review at several locations in the area.

In addition to participation in this month’s public hearings and Community Conversations, comments can be received through the “Contact Us” page on the project website, by email (info@I69ohiorivercrossing.com), by mail or in person at an I-69 ORX project office.

The first round of public hearings have taken place in Henderson, KY and Evansville, IN. There is wide support for the recommended corridor, keeping both existing bridges without tolls imposed.

The next round of public hearings occur at the end of January. Join Project Team leaders to discuss the preferred alternatives for a new I-69 Ohio River Crossing. They want to hear what you think.

Good news! Important steps have been made in the I-69 Ohio River Bridge Crossing 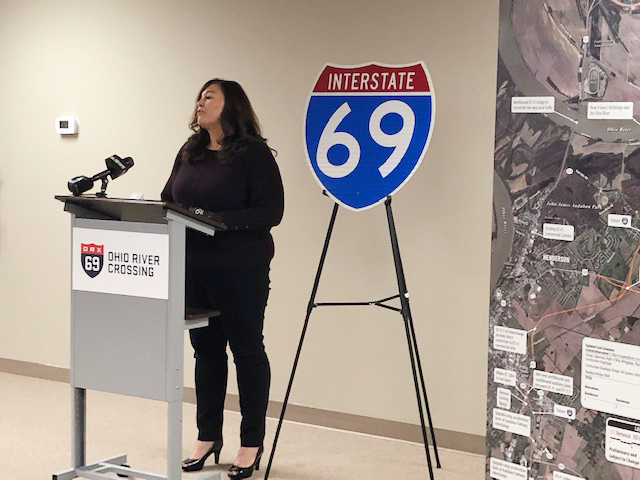 The Federal Highway Administration (FHWA), Indiana Department of Transportation (INDOT), and Kentucky Transportation Cabinet (KYTC) have completed the Draft Environmental Impact Statement (DEIS) for the I-69 Ohio River Crossing (ORX) project in the Evansville, IN and Henderson, KY area and have published its Notice of Availability for public comments in the Federal Register on December 14, 2018 (LINK). 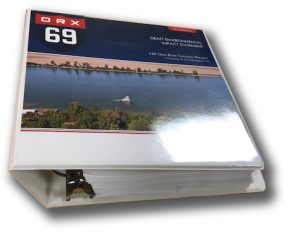 The Public Hearings for the I-69 ORX project will be held at the following locations and times:

The Board of Directors of BridgeLink commends the recommendation of Central Corridor 1 for the placement of a new I-69 bridge. This location is proven to be the best location for economic development, cross river mobility, ease of traffic congestion, and minimal negative local impacts.

BridgeLink Chair Robert Koch said, “A new I-69 bridge is critical to the success of I-69 corridor, through Indiana, Kentucky, and nationwide.  Our two states have been leaders in the effort to construct a completed national corridor.”

Central Alternative 1 includes a 4-lane I-69 bridge and retains the northbound US 41 bridge for local traffic. It includes new interchanges at US 41 (south end), US 60 and Veterans Memorial Parkway.  BridgeLink will continue to advocate to keep both US41 spans open to traffic.

While the state DOT’s study indicates that tolling will likely be necessary to pay for the new I-69 bridge, the members of BridgeLink will work diligently to keep the US 41 bridges free for local traffic.

Mayor Steve Austin of Henderson said, “Keeping US 41 toll-free for our local traffic is imperative to the success of our people and businesses.  I-69 is a true benefit for our communities when the project recognizes the difference in interstate and local traffic.”

The states of Indiana and Kentucky have worked very hard to make the I-69 river crossing a reality, and the release of the Draft Environmental Impact Statement by our two state departments of transportation is a critical step required to move to construction of this important link.

According to the joint Indiana-Kentucky studies of the need for the bridge, the location of the existing bridges is home to several high-crash locations.  In addition, studies found that the existing infrastructure “strains to efficiently handle the cross-river volume of traffic”.  With the construction of the new I-69 bridge, we will have relief from the safety issues and prevalent congestion found around the US41 bridges.

Henderson County Judge-executive Brad Schneider agreed, saying, “Henderson and all of western Kentucky will see tremendous benefit with this new bridge, and I thank the states for their commitment to see its construction.”

With the approval of the Central Corridor 1 alignment, our communities will see the benefit of a new bridge without the cost of up to 306 homes and businesses displaced.  Central Corridor 1 provides the best of all worlds for our area, and impacts will be seen immediately.

BridgeLink will participate in the Public Hearings scheduled in January 2019. The schedule is:

• January 7, 2019 at the Henderson Community College

Members of the public are invited to provide testimony in support of the route and the prompt construction of the I-69 Bridge.

The Final Environmental Impact Study is expected to be completed in the fall of 2019, and construction could begin within several years after.

BridgeLink is an advocacy group comprised of elected, civic and business leaders in Southwest Indiana and Western Kentucky who are committed to the construction of the I-69 Bridge between Evansville, Indiana and Henderson, Kentucky.